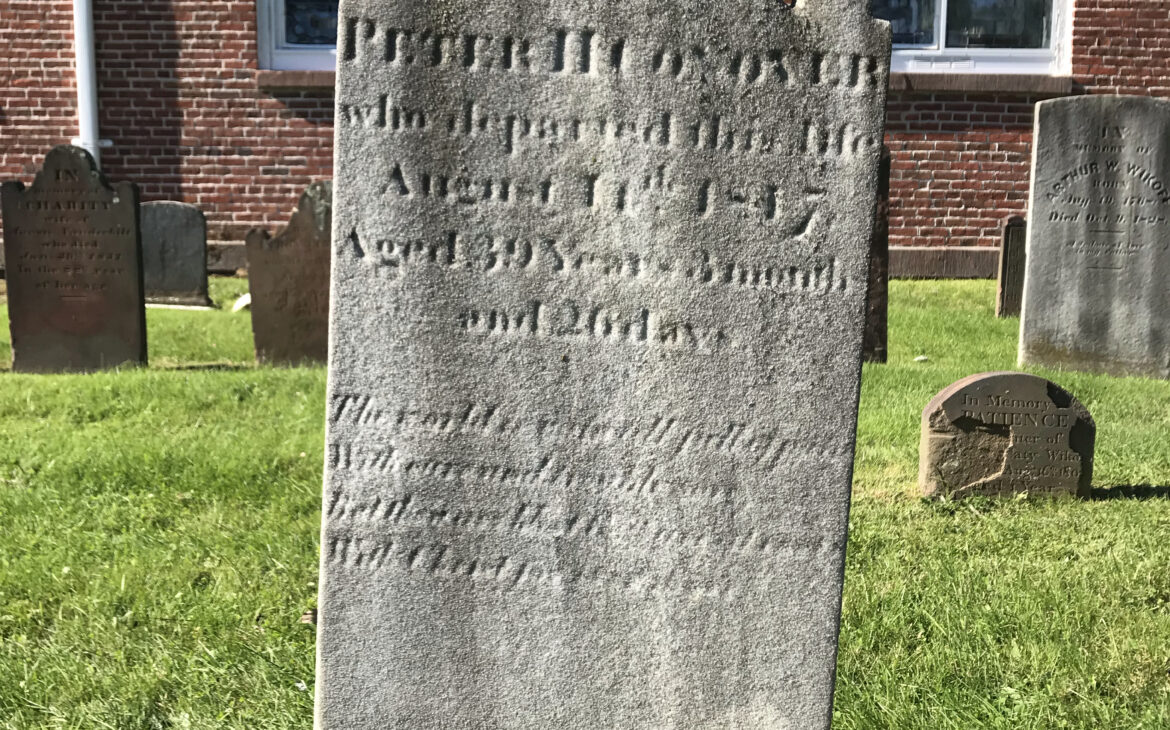 The Matawan Historical Society is in possession of three (3) family Bibles belonging to the family of Peter Hendrickse Conover (1778-1817): 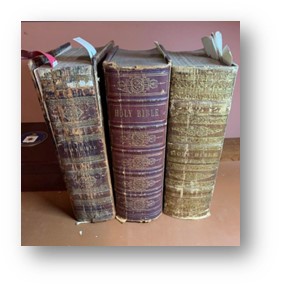 2) 1834 Holy Bible published by Langdon Coffin, Boston. The initial entries in the Family Record are the two marriages of Garret’s father Peter Henry Conover (1778-1817) to Mary Rue and Patience Scott, along with biographical data of his nine (9) children born between the two spouses. It is unclear to whom this Bible belonged in the family.

3) 1857 Holy Bible published by the American Bible Society, New York. The initial heading in the Family Record is that of the marriage of Henry H. Johnson and Catherine A. Conover, Garret’s daughter.

Additionally, transcripts of the Bible of Aaron Vanderveer (husband of Peter’s youngest daughter Mary P. Conover 1817-1886) published in Monmouth Democrat on Jan 12 and Jan 19, 1939 were located, and are available in the link, below.

Click Here to View Bible Transcript: Transcript of the Bible of Aaron Vanderveer

The family initially lived in Marlboro. Only two of the children – Garret and Ann – have Matawan connections. The rest settled in Marlboro, Freehold, Keyport and Holmdel Township.

Garret married Sarah Holmes Hubbard (1805-1887) on January 25, 1825 and they subsequently had eight (8) children (see attached Descendant Chart for details of this family.) According to his obituary, he came to Matawan when he was 11 years old (c. 1815) and clerked at a store owned by William Little (the 1873 obit indicated that the store was located where the residence of George W Bell is located. An 1873 map has this residence, which appears to be a combination home and drugstore, at what is now approximately 114 Main Street. Advertisements at the time indicated Bell’s drug store was across the street from Farry’s Hotel on Main Street, Matawan.) 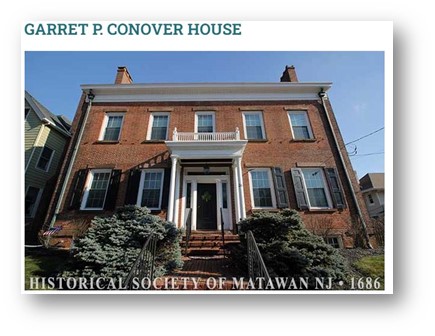 When he turned 21, he built a store “now occupied by D H Gordon & Co and the present residence of MR. G.S. Smock (his brother-in-law, see below).” The 1873 map indicates that this property appears to be where the current Matawan Public Library now stands.

After a “number of years” he moved his residence and business to the location he resided at until his death, which, according to the above map, is now 211 Main Street. It is noted that he owned several lots on Main Street per the 1873 map.

Garret and Sarah are buried in the Rose Hill cemetery.

Ann Conover (1805-1887) married Garret Schenck Smock (1805-1876). Smock was a merchant and was a Director of the Farmers and Merchants Bank in Matawan. They had a daughter Sarah Schenck Conover in 1835 but it is unclear what happened to her – she is not listed in either parent’s obituary. Ann and Garret are buried in the Old Brick Reformed Church Cemetery, Marlboro, NJ.

The Descendant Chart below lists over 600 individuals descended from or married to family members of Peter Conover.