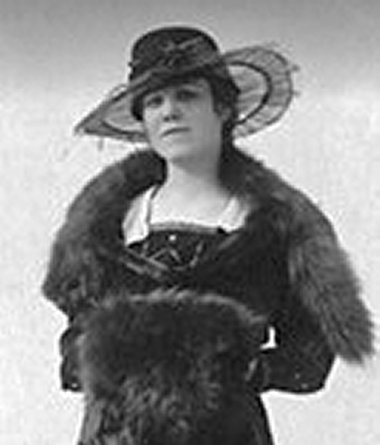 The VanBrackle family is one of the oldest in Monmouth County. One branch of interest to Matawan is that of Steven Himes VanBrackle, or “Himes” as he was known. He married Amy Poole (1772-1855) and raised his family in the vicinity of Keyport, where he died and is buried. Five of their children survived to adulthood, with one son, Jacob, making his home in Matawan, or Middletown Point as it was known then. 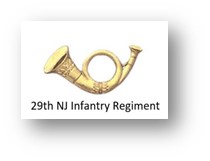 5) Nancy VanBrackle (1848-?) is listed in the 1850 and 1860 census and then disappears. I can locate her in no cemetery records or newspaper listings, and she’s not named in any of her sibling’s or her mother’s 1901 obituary.

6) Amelia A. VanBrackle (1849-1889) married Charles E. Brown in Matawan in 1864. She subsequently married a (fnu) Stevens. She died in New York City after an unsuccessful attempt to remove a tumor from her brain.

While James obituary indicated his family moved to Matawan c.1823, the first exact location I can place the family at is Maiden Lane, when the Matawan Journal on April 25, 1885 indicated that “Mr. Richard VanBrackle moved to the dwelling on Maiden Lane owned by Mr. Wm. Miller.” His first wife, Catherine Disbrow, was the daughter of Nicholas Morgan Disbrow (1782-1864) – an 1851 map has Nicholas residing in a residence which appears to be what is now #1 Maiden Lane. His second wife Anna Disbrow was the daughter of Captain John N Disbrow, who lived next door on Maiden Lane.

The 1900 census has his brother James on Maiden Lane, and that family’s descendants still reside there and have since 1885, 139 years. James was living with his in-laws, the Denyse family, in 1880 in Matawan. If they were living in 1880 on Maiden Lane, which I suspect they were, James and his wife may very well have been on Maiden Lane since they married in 1865, and a VanBrackle descendent has been on that lane for over 150 years, with James at #2 (as early is 1865) and Richard at #1 (1885). #2 Maiden Lane is currently occupied by William Bradley, Jr and his wife Kristina – William is the 4th great grandson of James Monroe VanBrackle and his wife Susan DeNyse.

Genevieve was active in the local Democratic Party since the 1930s, and in 1956 had the distinction of being the first woman elected to the Matawan Borough Council and served two terms. A charter member of the Matawan Historical Society, she was also chairwoman of Matawan’s Environmental Commission and was the founder of the Borough Taxpayers Association. Genevieve was also a gifted artist.

In 1939, Genevieve and Helen Hatfield opened “The Friendly Shop” at 120 Main street, which carried “an assortment of gifts, hosiery and foundation garments”. The gift store Rapture subsequently occupied that space, and the building was torn down and new apartments were built on the site several years ago. A 1941 ad listed it at 132 Main Street, between what is now #1 Chinese Restaurant and Peter Contis.

Genevieve wrote a short book “Matawan Memories – Word Pictures” which was published by her daughters Barbara and Susanne the year after her death. It is a wonderful collection of anecdotes and recollections regarding living in Matawan in the early 1900s. The Matawan Historical Society has a number of these for sale.

In 1974, Mayor Victor Armellino and the Borough Council dedicated a park in her honor adjacent to the Borough Hall on Main Street. Genevieve is buried in Rose Hill Cemetery with her husband and other relatives. (photo courtesy of William and Kristina Bradley)

John Joseph Bradley (1921-2005) married Genevieve’s daughter Barbara in 1941. A navigator on a B-17, his aircraft was shot down over Holland on November 5, 1943. After bailing out over occupied territory, he evaded capture until he was eventually captured eight months later. Declared a “spy” by the Germans, he and other captured pilots and civilians who aided them were put in box cars and were being taken to Germany for execution, but he again escaped. The story was portrayed on the History Channel series “History’s Mysteries – The Nazi Ghost Train.”

Bradley returned to New Jersey after the war and graduated from Seton Hall and subsequently received an MA from Denver University in finance. He was employed as controller for American Airlines. He served as President for the Matawan Board of Education as well as VP for the County School Board. Retiring to California, he died there in 2005. 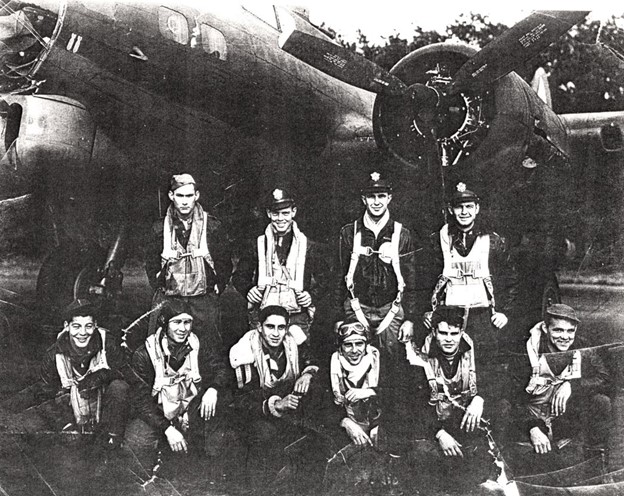 Lt. Bradley is standing, third from left. A more detailed account of his service will be included in a planned Matawan Military section of this website in the future.

David Provost VanBrackle (1823-1922) was the youngest son of Stephen Himes VanBrackle. He married Hester “Jane” Wood in 1854 and they subsequently had six children. David was a distinguished educator who started teaching at the ‘Bucktown’ School in Long Branch in 1847. According to local historian Edward Fitzgerald, he subsequently taught at the Lower Point School (Broad Street and Rabbit Lane) in Matawan from the 1876 to 1889. During the 1889-90 and 1890-91 school years he taught at the Middle District School on Church Street, the former Matawan Academy that was located at what is now 13 Church Street. Mr. Fitzgerald provided a VanBrackle Family Genealogy written by David, as well as David’s transcribed Bible record, which can be viewed at the links below, along with an “Autobiography in Metre” which was published in the Keyport Weekly on December 10, 1936. 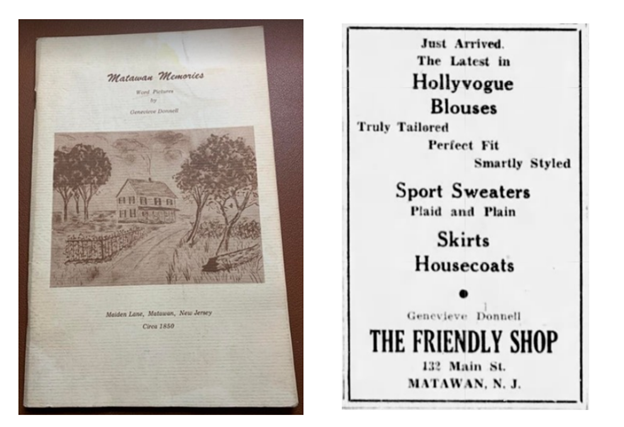