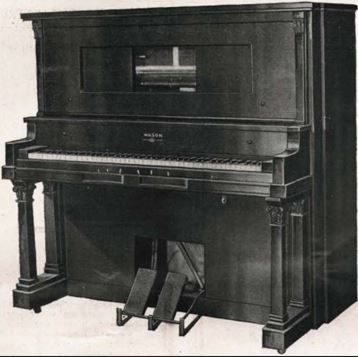 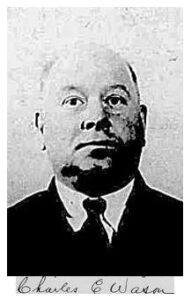 Charles Eugene Wason Sr was born May 28, 1874 in Bridgeport, CT, the son of a Connecticut sea captain. His length of stay in Matawan was relatively short, being recorded only in the New Jersey 1915 census.

A New York businessman, Wason arrived in Matawan in 1913 and established the Wason Piano Company in the old Rice Factory building near the Matawan train station (see separate article regarding this company in the “Matawan Business” section of this site.) The November 17, 1914 issue of the Perth Amboy Evening News reported that his family, which consisted of wife Mary Van Amburg Wason (1873-1949) and children Beatrice (1899-1987) and Charles, Jr (1903-1988) “moved from the Geran House on Main Street to Miss Mamie Shepherd’s on Fountain Avenue.”

In 1916, the company went into receivership and shortly thereafter was destroyed in a massive fire. On November 16, 1916, the Matawan Journal indicated that the family moved to Caldwell, NJ. During the family’s three-year residency in Matawan, they were active in community events.  Charles was the President of the town’s Democratic Club in 1916.