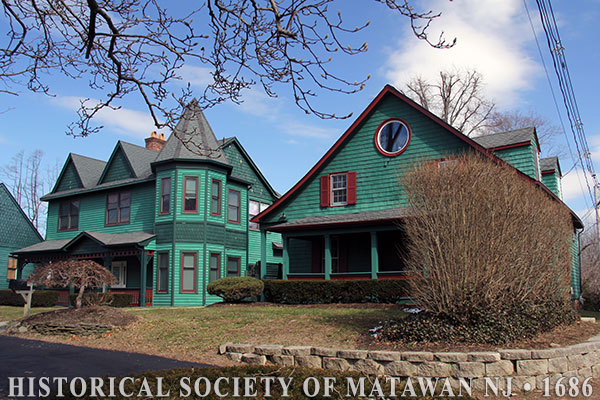 19 Mill Road
Also known as the Hawkins House
This Dutch-American house, identified by its steeply pitched roof with flared overhanging eaves and anchorbent framing, is the oldest house in Matawan and one of a select group of early Dutch houses in Monmouth County. Built in the early 1700’s, it later served as a tavern during the Revolutionary War period, operated by Thomas and Phoebe Hunn. 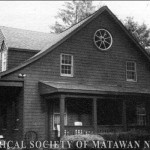